The Governor also toured the military reservation and thanked the State Emergency Operations Center team and Arizona National Guard members for their hard work around the clock to serve Arizona communities in need and protect the health and safety of others during the pandemic.

Supporting Arizona’s COVID-19 Response
The Arizona National Guard continues to work with communities, including families in need, tribal nations and more, across Arizona to provide resources and support during COVID-19. Since March, the Guard has completed more than 3,600 missions totaling more than 166,000 hours, including: 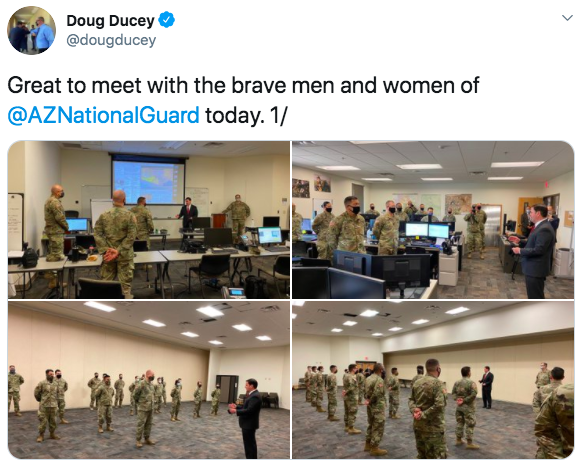 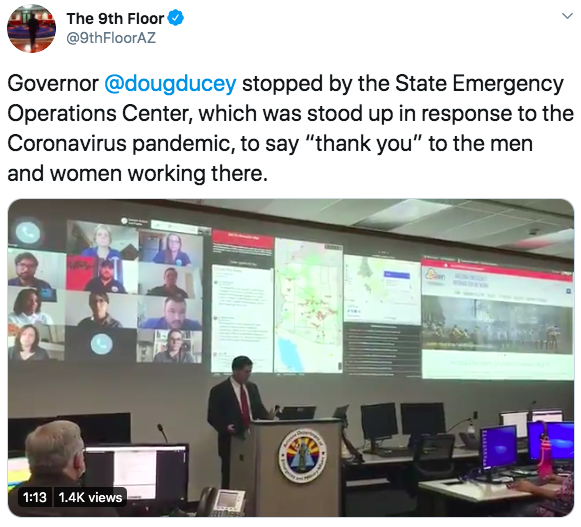 Additionally, the Governor last week announced Arizona has partnered with President Trump’s Administration and FEMA to extend unemployment benefits to nearly 400,000 Arizonans. Arizona was the first in the nation ready to begin paying out these benefits to recipients.