James “Jim” Drake has been serving as the nonpartisan, elected Chief Clerk and Counsel for the Arizona House of Representatives since 2015. In addition to overseeing 14 staff members, he works on questions of law regarding public records, parliamentary advice, constitutional issues, financial disclosure, and election law matters. Jim also works as of-counsel for Shannon and Fleming, P.C. in civil matters, particularly evidentiary hearings with self-represented litigants.

Prior to being elected Chief Clerk, Jim was the Assistant Secretary of State in the Secretary of State’s Office from 2009 to 2015. He oversaw approximately 140 employees under the State Law Library, State Elections, Business Services, and Archives and Public Records Divisions.

From 1996 to 2009, Jim held several positions in the Arizona House of Representatives, including Rules Attorney, Counsel to the Ethics Committee, Judiciary Committee Analyst, and Banking Committee Analyst/Staff Attorney. During his tenure as the nonpartisan Rules Attorney, Jim’s work was devoted almost exclusively to constitutional analysis under the Arizona and United States Constitutions. In addition, he has recommended and crafted amendments to cure constitutional infirmities on bills, consistently rendering nonpartisan opinions. 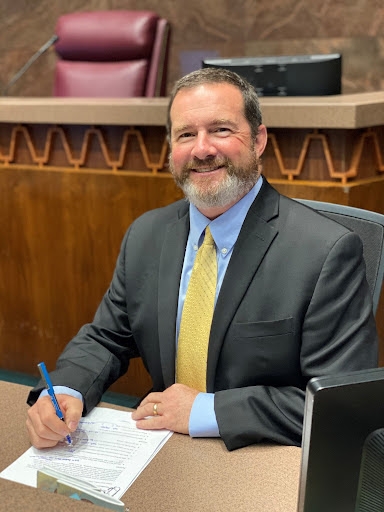 Jim also volunteers in the community, including as an active supporter of the Foundation for Blind Children. He has regularly participated with and guided blind and visually impaired children in a sailing expedition, Rim-to-Rim Grand Canyon hike, and swimming challenge from Alcatraz.

“Jim’s devotion to serving the public will serve the bench well. I am delighted to appoint him to the Maricopa County Superior Court,” said Governor Ducey.

Jim received his law degree from the California Western School of Law and his bachelor’s degree in Economics from the University of Arizona.

Ashley Villaverde Halvorson has spent her career at Jones Skelton & Hochuli, where she currently is a Partner. She primarily defends insurance companies in complex breach of contract and bad faith litigation. She also defends persons and businesses in personal injury/wrongful death litigation, including auto, premises, and dram shop liability. Additionally, Ashley was appointed as a Maricopa County Superior Court judge pro tem in 2018.

Ashley has been named a Southwest Super Lawyers Rising Star from 2013 to the present. In 2017, she was named one of the Top Lawyers Under 40 by the Hispanic National Bar Association. 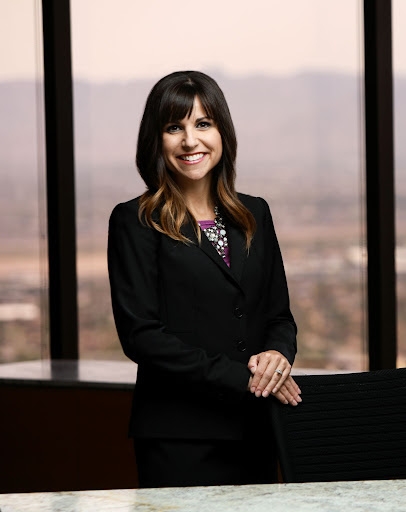 Ashley has been a leader in improving diversity in the legal profession. She has been significantly involved with the Los Abogados Hispanic Bar Association, including serving as its President. Ashley has been a part of the Latina Mentoring Project since she was in law school and was its very first judicial pipeline candidate. She has also been an active member of the Hispanic National Bar Association and the State Bar of Arizona Committee on Minorities and Women in the Law. In 2020, she received the State Bar of Arizona’s Diversity and Inclusion Leadership Award, which annually recognizes an attorney, judge, employer, organization or bar association that significantly advances diversity and inclusion in the Arizona legal community through creative, strategic, or innovative efforts.

“Ashley’s civil litigation experience and involvement in the community will allow her to be a strong contributor, and I am pleased to appoint her to the Maricopa County Superior Court,” said Governor Ducey.

Keith Miller has been serving as an Associate Attorney at Fennemore since January 2020, where he primarily practices in business litigation representing a variety of clients in matters pending in state and federal courts, as well as in mediation. Additionally, he has represented clients in matters pending before state and local administrative agencies.

From 2015 to 2019, Keith was an Assistant Attorney General at the Arizona Attorney General’s Office. He initially was part of the Federalism Unit in the Solicitor General’s Office, where he was involved with several pieces of high profile litigation involving constitutional issues. In addition, he served on the Opinions Review Committee and Ethics Review Committee. He then worked in the Environmental Enforcement Section as counsel to the Arizona Department of Environmental Quality. 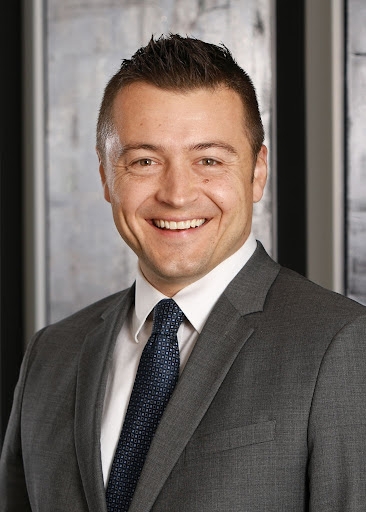 Keith also worked as an Assistant Legal Counsel and Assistant Director of Career Services for Hillsdale College in Michigan from 2011 to 2015. During this time, he also coached the college’s mock trial team for 2 seasons, finishing a season with the college’s highest ranking ever.

Prior to that, Keith was a law clerk for U.S. District Court Judge James Teilborg in Phoenix from 2009 to 2011. Upon graduating from law school, Keith was an Associate Attorney at O’Melveny in Newport Beach, California from 2008 to 2009.

“Keith has a broad amount of legal experience from the private to public sectors, and I am thrilled to appoint him to the Maricopa County Superior Court,” said Governor Ducey.